ABPU and BPU Referees and Rules

Here you can find the details for both federations, the ABPU and BPU referees, both International and National. 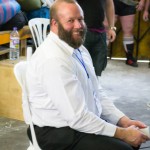 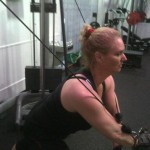 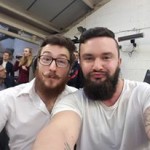 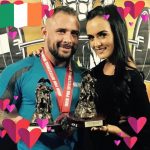 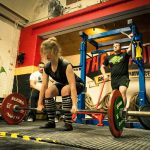 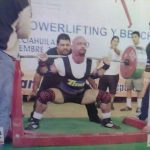 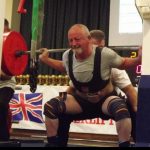 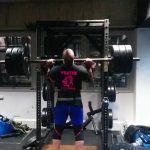 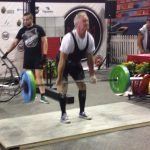 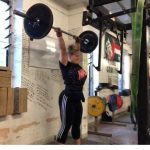 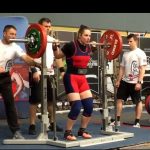 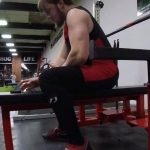 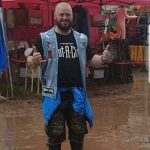 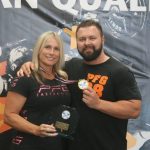 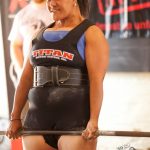 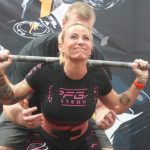 As with all referees within any federations there are rules and guidelines. Full details can be found in the current WPC Rule Book which is downloadable from our web site or from the WPC Web site. There are however some small differences between national and WPC international meets. These are a few of the general rules for each lift, they are of course many more so do read the rule book a few differences are noted here.

Causes for Disqualification of a Squat

1. Failure to observe the head referee’s signals at the commencement or completion of a lift.
2. Double bouncing or more than one recovery attempt at the bottom of the lift.
3. Failure to assume an upright position with knees locked at the commencement and completion of the lift.
4. Movement of the feet laterally, backward or forward that would constitute a step or
stumble.
5. Failure to bend the knees and lower the body until the surface of the legs at the hip
joint are lower than the tops of the knees. (Refer to Diagrams 2, 3 & 4).
6. Any resetting of the feet after the squat signal.
7. Contact with the bar by the spotters between the referee’s signals.
8. Contact of elbows or upper arms with the legs.
9. Failure to make a bona fide attempt to return the bar to the racks.
10. Any intentional dropping or dumping of the bar.

Causes for Disqualification of a Bench Press
1. Failure to observe the referee’s signals at the commencement or completion of the
lift.
2. Any change in the elected position that results in the buttocks breaking contact with the bench, or lateral movement of the hands (between the referee’s signals). Any
excessive movement or change of contact of the feet during the lift proper.
3. Bouncing the bar off the chest.
4. Allowing the bar to sink into the chest after receiving the referee’s signal.
5. Pronounced uneven extension of the arms during or at the completion of the lift.
6. Any downward motion of the bar during the course of being pressed out.
7. Contact with the bar by the spotters between the referee’s signals.
8. Any contact of the lifter’s shoes with the bench or its supports.
9. Deliberate contact between the bar and the bar rest uprights during the lift to assist
the completion of the press.
10. It is the responsibility of the lifter to inform any personally enlisted spotters to leave the platform as soon as the bar is secured at arms length. Such spotters shall not return to the platform upon completion or failure of the attempt. It is especially
important for a spotter providing a centre lift off to leave the platform quickly so as
not to impair the head referee’s view. Failure of any personal spotters to leave the
platform may cause disqualification of the lift.

Causes of Disqualification of a Deadlift
1. Any downward motion of the bar before it reaches the final position.
2. Failure to stand erect.
3. Failure to lock the knees straight at the completion of the lift.
4. Supporting the bar on the thighs during the performance of the lift. ‘Supporting’ is
defined as a body position adopted by the lifter that could not be maintained without
the counterbalance of the weight being lifted.
5. Movement of the feet laterally, backward or forward that would constitute a step or stumble.
6. Lowering the bar before receiving the head referee’s signal.
7. Allowing the bar to return to the platform without maintaining control with both
hands.

What happens if you get a red light or fail the lift?

If you get a red light but don’t fail the lift, please ask the referee what it was for. They will give you a short answer clearly as to not interfere with the next lifter. A referee may also ask to speak to you after your lift to advise you of something they may have noticed you may not be aware of which may help you in your forthcoming attempts. The BPU/ABPU have added the latter in order to aid the lifter which is not in the WPC Rule book but an addition to our own rules for qualifying and national meets.

Under the WPC Rules, if a head or side referee observes an infringement as the lifter is about to enter the platform they will inform the lifter with the opportunity to correct it. This is also true on the commencement of the set up of each of the lifts as follows:

“Prior to the commencement of the Squat or Bench Press, if any of the referees do not accept any aspect of the set up of the lifter, they will call attention to the fault as
previously described in 8 (a). If there is a majority opinion among the referees that a fault exists, the head referee will not give the signal to commence the lift and will
inform the lifter to “Rack” the bar. A head referee seeing a fault that may not be visible to the side referees, e.g. hands holding the collars or discs on the Squat or a
grip in excess of 81cm on the Bench Press, may act alone in informing the lifter to “Rack” the bar. If requested, it is required of the head referee to quickly confirm the
nature of the fault and to explain this to the lifter or coach. The lifter has the remainder of any unexpired time allowance to repeat the attempt with the fault
corrected, and receive the commencement signal. Note: for the above reasons it is important that the Time Keeper stop timing attempts on the Squat and Bench Press
only when the lifter has received the commencement signal.

If you fail the lift and wish to challenge it there are two procedures, one for WPC International and one for National Level. Please be aware of this.

If a serious mistake occurs in the refereeing, which is contrary to the technical rules, the “WPC Contest Officials” may take appropriate action to correct the mistake.
They cannot overrule or change the decisions of the referees but may, at their discretion, grant the lifter an additional attempt.

All appeals against referee’s decisions or conduct, complaints regarding the progress of the competition or against the behavior of any person or persons
taking part in the competition will be made to the appointed “WPC Contest Officials”. This must be done immediately following action of which there is
a complaint or appeal. The appeal must be backed by the team manager and/ or coach and presented in the presence of either or both. The appointed “WPC Contest Officials” will consider all such complaints

For National and Qualifying Competitions: The above applies as in overall procedure. However, if you are challenging a decision, you must immediately approach the head referee to ask what the failure of the lift was for. You have the right to ask to challenge that decision and this lies solely with the head referee. They will consult briefly with other two referees for any information which may alter or consolidate the decision. The decision at this point is final and no further discussion will be entered into.

For BOTH National and WPC International competitions the rule applies as per the WPC Rule book:

Referees shall, if requested, explain to a lifter or coach the reason or reasons why a lift was judged “no lift”. All that is required of such an explanation is an accurate statement, debates will not be entered into, and an explanation will not cause distraction of the referee from the attempt of the next lifter. Referees shall abstain from any other commentary and not receive any document or verbal account concerning the progress of the competition.

The BPU and ABPU have added the use of video which comes under the wording of “document” in the above rule. WPC, ABPU and BPU referees will abstain from any further discussion of decisions post competition through any medium.